Raised by a professional musician father, Jesse bathed in a musically rich environment and was exposed to a wide variety of records, ranging from rock, blues, funk to jazz.

It is only when he was exposed to his first Mac Miller song around the age of 10 that his heart was conquered by the world of Rap.

From Busta Rhymes to Drake, and from Notorious BIG to Jay-Z … Jesse immersed himself both in the 90s rap flow and lyrical themes, while also finding love for modern RnB influenced vocal delivery style and productions we can hear with Drake and the Weeknd.

As such, his music aims to be its own blend of modern hip hop/RnB, while paying tribute to his Dad’s influences through the Rock/jazz/ and funk samples integrated in the production and last but not least, with a distinctive old school rap influence through authentic and educational messages.

Jesse positions himself as an advocate for determination and persistence. He firmly believes in the power of teamwork, and demonstrates strong leadership quality.
At such a young age, he already has a big vision that encompasses an impressive entrepreneurship spirit that extends beyond music. With the ambition to become an established and thriving artist, he wants to elevate his own community and inspire younger generations to boldly follow their wildest dreams. 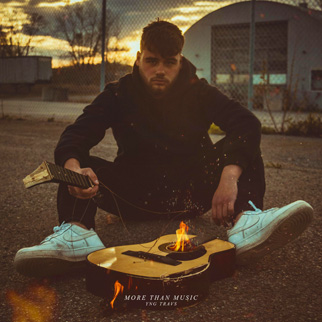