In the music industry, having a famous father can present many unique challenges for an up and coming artist. Living up to the reputation of a famous father and following in his footsteps can be quite demanding and difficult to contend with; unless of course you’re TONY VALOR.

Tony has burst onto the music scene with all the energy of his youth; and armed with his rich family history in the music industry, is making a “name” for himself as a singer, songwriter, and producer. Tony is a native New Yorker now living in Palm Beach, Florida. Being of Sicilian, Chinese and Hispanic descent he has a unique multicultural background. He is bilingual and has spent much of his life in his hometown of Guangzhou, China, which he visits on a regular basis. His love for singing began at the age of 3, and his interest in music grew while sitting under the console in his father’s studio, as he worked on his music productions.

Tony has taken his exposure to music, and love for singing, and developed it into a serious desire to pursue a career in music with the release of his first single “Can’t Be Without You”. His second single “You’re My Fantasy” premiered on Vevo and has over 3,000,000 views between TVI Youtube Channel and Vevo. He grew up listening to a cornucopia of music styles and was particularly into Pink Floyd, Led Zeppelin, The Ink Spots, Benny Goodman, and, of course, Disco and R&B. Of today’s artists, Tony listens the most to Usher, and like Usher, desires to forge a career that straddles the border between Dance, R&B and Pop.

He once performed with a live JAZZ band in Washington D.C. and says, “It was a show I will always remember. Dim lights, and a big crowd, in a nice theater. I was very nervous at first, but once the show started I began to loosen up, and in later shows, performing became more like second nature.” And second nature it is. With the release of his debut LP “East Meets West” Tony has taken his multicultural background, and music family history, and poured it into a unique collaboration with Chinese opera/pop singers Li Na, Ruhan and Tina Sun.

When not in the studio, or performing, Tony likes to spend time with family and friends sharing the fine foods of his diversified cultural background, and stays fit with kick boxing and working out in the gym. Tony is a Virgo and like a true Virgo is industrious, methodical and efficient.

Tony Valor is proud to carry his father’s name long into the future of the music business, bringing all the talent and excellence that is associated with it. 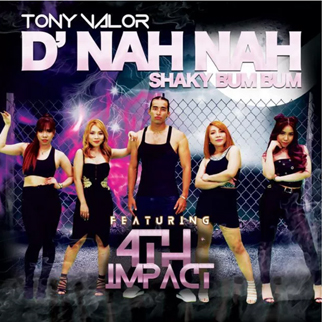 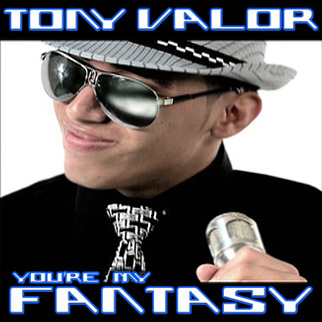