The Wailing Hobos were formed in 1999 and are based out of Montreal, Quebec. It is difficult to categorize their style or to try to compare them with other existing acts, as they pull from many influences and have developed an original sound with tremendous crossover potential. Whether they choose to play New Country, Pop/Rock, Blues or Adult Contemporary, The Wailing Hobos deliver. From the first song they composed together to the recording of their latest CD “Moment Alone,” The Wailing Hobos have consistently proven themselves to be mature, hard-working, creative artists with strong songs, sweet harmonies, solid rhythms and an ever-expanding catalogue of great songs.

Ken McEachern tops the ensemble on guitar and backup vocals. A co-founder of the band, Ken’s versatile playing and strong song writing skills were honed at an early age touring with bands from both his native Thunder Bay and neighbouring Quebec. Having taken time to pursue business interests, Ken returned to the music scene with a guitar case full of hit songs.

Next is vocalist and lyricist Brian Douris. A driving force and co- founder of the group, Brian hails from Montreal, Quebec. Having played early on in groups such as Comfort, Uppercut and Lemon Pig, Brian also trained and worked as a therapist for several years while he continued to write, play, and record, all the while developing his artistic voice.

The Wailing Hobos have enjoyed very positive reactions to their first demo CD “Stereo”. For example, they have occupied the number two spot under Shania Twain in the New Country category for Canada at MP3.com, all top 12 spots for Pop, as well as the number one and two spots in Country, New Country, and Adult Contemporary in Montreal. Their follow-up CD “Moment Alone” is presently enjoying wide spread internet play. 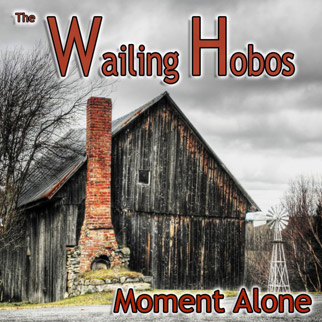