RO-MiNA was born in the country of Uzbekistan. She is of Persian and Jewish descent and musically ambiguous. RO-MiNA knew from a very early age that to be an entertainer was her calling. Named after a famous Italian singer, merely a preschooler, she would often watch the singer’s concerts with her parents. RO-MiNA acknowledges that this is when she discovered she felt an inevitable connection to music like no other.

At the age of 5, RO-MiNA and family moved to Philadelphia, Pennsylvania. There RO-MiNA further pursued her ambition of becoming a performer. She joined the school Choir and soon became one of the TOP 5 singers in her school.

After years of preparation, RO-MiNA’s pursuit of being a viable recording artist and entertainer came full throttle with the release of her debut single titled “Insane”. The single, released in winter of 2016, climbed the Billboard Dance Charts to number 13 and remained in the TOP 25 for more than five weeks affording RO-MiNA recognition with top DJ’s globally as well as worldwide acclaim in the dance world.

The video to her follow up release, “Queen Of The Night”, was done in collaboration with producer Spencer Graves and director, Sasha Samsonova. The song and the visuals were equally astonishing. Graves, a renowned Los Angeles-based art director with a remarkable list of clientele such as Meghan Trainor, Tiesto, The Kills, Justin Bieber and Britney Spears, certainly did not disappoint. Samsonova’s directorial talents equally shine on the production and are creatively on par with her other acclaimed work with Harper’s Bazaar, Esquire, Kelly Rowland, Kylie Jenner and many more.

It’s easy to hear how RO-MiNA’s passion and drive resonate in her music. Her attention to detail is unparalleled. A self-proclaimed music enthusiast, she’s not only passionate about her music, she is just as passionate about people. Her ultimate goal is to positively move people around the world through the power of song and dance.

In October of 2017, Romina released her new EP “RO”. On this project, she proves she is a “one in a million” type of artist. She can move you with her pop dance tracks and then do a 360 and hit you with an authentic urban vibe even spitting some rhythmically challenging rap verses. Her universal appeal is obvious and her commercial appeal is undeniable.

RO-MiNA’s appreciation for compelling music transcends genres. On “RO”, RO-MiNA channels her inner urban influences derived from her culturally diverse upbringing and authentically embodies the R&B & HipHop culture. RO-MiNA thrives in the elements as her music speaks boldly and confidently. With bangers on the EP like “Karma” and “SugaMama” along with the cleverly written “Pinkgold”, it’s no wonder why this musical Chameleon is receiving fanfare from around the entire world. 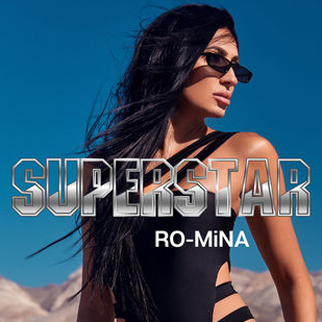 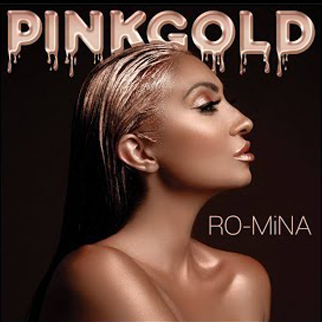