Pat’s singing career began at a very young age in school when she entered in a talent show and realized she loved to sing. Influenced greatly by early rock and rollers such as Elvis, Little Richard, The Beatles, and The Rolling Stones, Pat sang and danced her way through several beauty pageants during High School and College, she also started to experiment with writing lyrics for songs in high school.

While living in Dallas/Fort Worth, Pat joined the Dallas Songwriters Association and began her songwriting career, collaborating with David Wild. They recorded their first and second CD titled “Pat Hudson Songs Vol. I” and “Vol. II”

In 1995, Pat signed with CMC Records which is located in Montreal, Canada and continued to record “I’ll be your Fantasy” with 10 tracks which were inspired by the great country singers such as Gill Vince, Reba, Tanya, and Wyonna just to mention a few of her favorites. 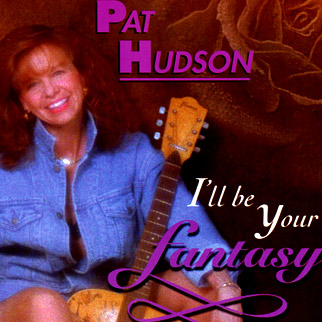 I'll be Your Fantasy

by Pat Hudson | I'll Be Your Fantasy