Four 18 year old Montrealers met through a High School Music program and have joined forces to form a band and play at two open-air concerts in Montreal.

“If you like rock, you’ll like the music we play” said Saidah. “Rock “n” Roll is becoming a forgotten medium in terms of music; it’s nowhere near as popular as it used to be” says the lead guitarist who taught himself how to play when he was only 10 years of age from playing Guitar Hero.

The band was assembled for a school variety show back in 2016 but has stuck together and jammed out ever since.
Four Quarters now has a single out on digital stores and a video which was available October 2018, full album to come soon with some amazing original and cover material. 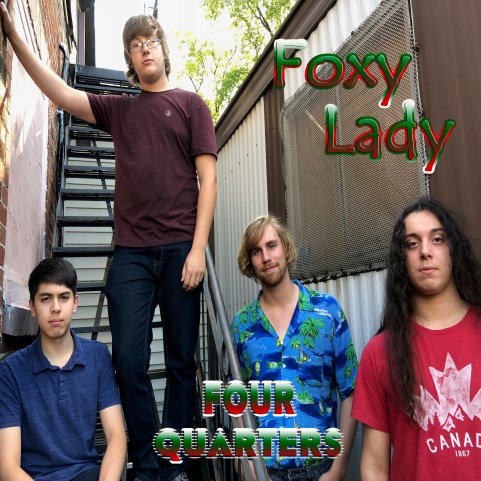