Lukay (born September 15, 1987) is a Montreal-based pop and R&B artist from Canada.Lukay entered the music industry as a songwriter, performer and recording artist.He has released various tracks including: “I’m in Love with Music”, “Dance with You” and “All Night”. He has worked with Karl Wolf, Victoria Duffield, Grammy-winning producers Dark Child & Will Baker, Lil Jon, Pitbull, and Jaren Cerf. Many of his solo collaborations have been with I-Notchz, Eif Keyz, Matt Bueller and xSDTRK.

Early life
From an early age, Lukay’s father (also the maestro of the local church choir at the time) surrounded him with music. At the age of ten, Lukay taught himself to play bass guitar, and by fourteen, he was appointed to “Music Director” of his local church band. After not making his high school basketball team when he was sixteen, Lukay decided to return to music.

Career
In 2006, Lukay joined an R&B group where he developed his vocal skills and abilities as a songwriter and producer. The legendary Johnny Wright managed the project, but the group unfortunately split and the project didn’t surface. Lukay continued to focus on performing and songwriting and had the privilege of working alongside Grammy Award Winning producers like Dark Child and Will Baker.

In 2010, Lukay received Gold Plaque certification from EMI Music Canada for the song “Yalla Habibi” and a 2011 JUNO Award nomination for “Best R&B/Soul Recording of the Year” for the song “80’s Baby”, which were both written by him for Canadian artist Karl Wolf. After finding success as a songwriter, Lukay, often referred to as “Lukay Hit-Mayka,” began pursuing a singing career.

In July 2011, Lukay released his first single and video “I’m in Love with Music” which reached Top 10 BDS for ten consecutive weeks. This achievement was also featured in The Canadian Billboard Charts and Socan P&M “Paroles & Musique” magazine.

“I’m in Love with Music” played on top radio stations of Quebec and the rest of Canada, including Virgin Radio, The Beat, NRJ, CKOI, and many others.

After the launch of his first single, Lukay collaborated with Lil Jon, and Pitbull and was approached by Warner Music Canada to record the Victoria Duffield’s French version of her successful single “Shut Up and Dance”. Shortly after the release, the single reached #1 on Top 10 BDS.

For his works, Lukay won “Best R&B Artist Anglophone of the Year” at the 2012 Montreal Hip-Hop Awards. On June 2012, Lukay opened for the Grammy Award winning legends, Boyz II Men, at the Olympia Theatre of Montreal for Grand Prix weekend. Lukay was also the special guest at the Sky Is The Limit Fashion Show by EDNP Clothing, where Drake, in the previous year, was the special guest.

End of 2012, Lukay’s second single “Dance with You” was released. The single reached #16 on the Emerging Canadian Artist Billboard Charts, and #1 on the Big Picture French media Top 10 Mediabase Gainers. On July 2013, Lukay was selected as Bell Media’s Emerging Artist of the Month and was chosen for an ACTRA Recording Artists’ Collecting Society (RACS) artist spotlight. 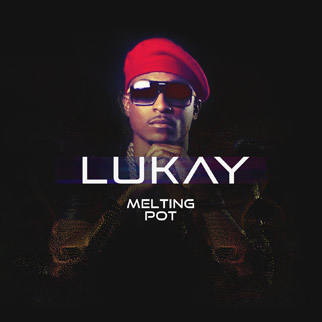