BeSallis is a Brazilian pop singer and actress from Vancouver, BC.

When not making music, BeSallis can be found all over film and television, acting in numerous commercials, films, and television shows, including “Little Girl Lost,” “Painkiller Jane,” “True Pulp Murder,” a recurring role in the international hit sci-fi TV series “Continuum,” and a lead role in the critically-acclaimed “Field of Martyrs.”

BeSallis’ prowess as a singer, actress, musician, and performer was evident at a very young age. She began singing, playing piano, and developing her acting career at the age of four, and putting on concerts and live theatre performances written, performed, and directed by BeSallis herself, for friends, family members, and local events. Without a doubt, BeSallis always knew exactly what she was meant to be when she grew up.

Beyond multi-talented, BeSallis not only had a natural gift for the Arts, she possessed a strong flair for business as well. By age 16, she combined her passion for music and acting to form her own music school, where she taught local children the basics of music and drama. By age 21, BeSallis had opened her fourth successful business, all the while exploring her passion for singing and songwriting. As her natural vocal talent progressed, BeSallis entered and won several competitions and was chosen for a jazz bursary in high school; meanwhile attending every possible workshop and seminar for artist development along the way; from Los Angeles to Vancouver, including BC Festival of the Arts with Mae Moore. BeSallis was in several bands in her hometown and a regular performer on the festival circuit, playing with some of the most talented Canadian Juno Award-winning musicians prior to launching her solo career. All the while, BeSallis continued to be nominated for several prestigious awards, including, but not limited to: Trail Blazer Woman of the Year (RBC), Woman of Influence in Canada, and BDC’s Youth Entrepreneur.

BeSallis’ dedication and commitment to the entertainment industry never stops and she genuinely loves every step of her journey. A mogul in the making, BeSallis’ talent, ambition, and business acumen have been rapidly gaining an exceptional fan-base from around the globe. 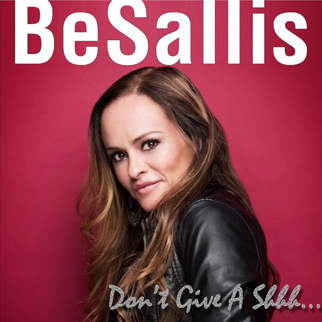